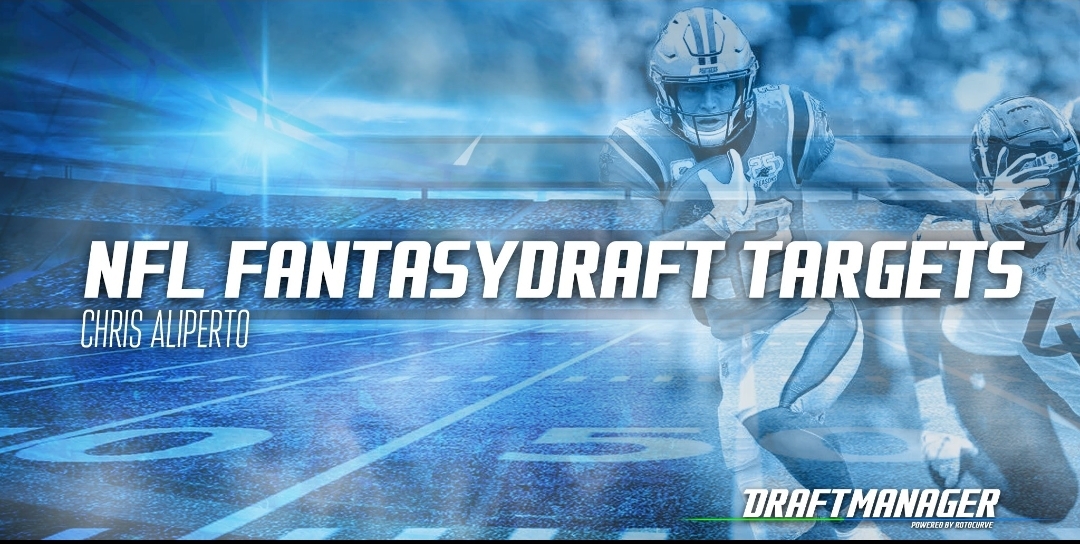 Welcome to the divisional playoff weekend edition of NFL DFS Fantasy Draft Targets. If you have not played on Fantasy Draft, you can play up to $100 per month completely rake-free, which is an unmatched deal elsewhere in this industry. If you are slightly more than a casual player that plays between $100 and $1,000 per month you can play for $5.99 per month, with 100% of every prize pool in every contest going back to the players.  Sign up at Fantasy Draft and give it a shot now!

Still not a member here at Draft Manager? Register and sign up today, then make sure you hop in our slack chat for all of the latest! The implied team totals tool and a top of the line optimizer powered by RotoCurve are just a couple of the add-on’s here at Draft Manager, and once you see that we have all you need for DFS at a very affordable price, we know you will be happy to be here!

With this being the last 4-game NFL slate of the season, this will be my last football article as well. You can sign up for another sport and still hop in our NFL channel in slack to get any help through the small slates until the Super Bowl. NBA is going strong here at Draft Manager, and a new PGA Season is now underway. Take advantage of our early bird PGA pricing today. 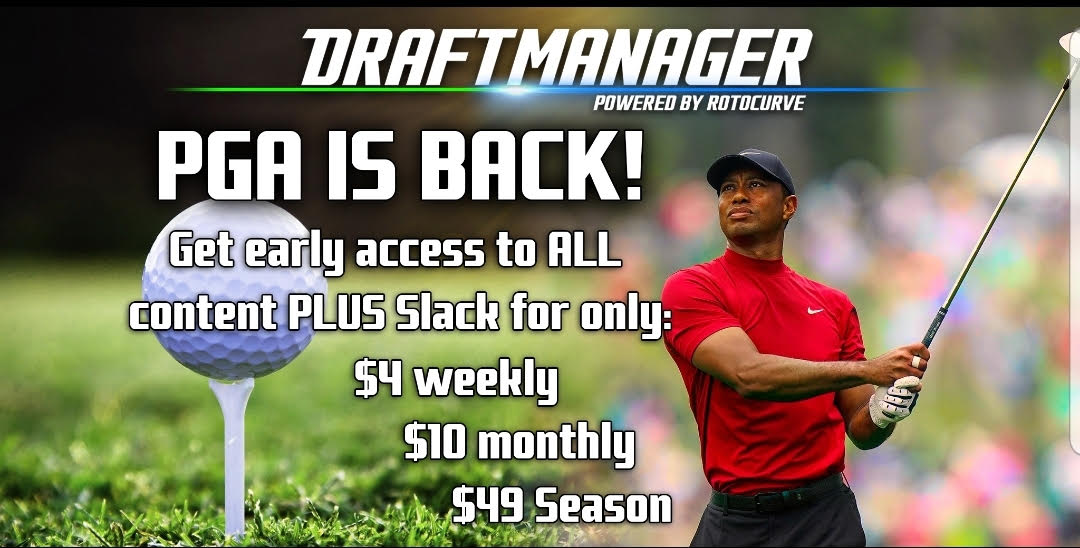 My first thought to Divisional Weekend of the NFL playoffs was the fact that this was the last 4-game slate of the year. Upon further review, this is the last chance of the year to play Lamar Jackson on a 4-game slate. For many underlying reasons, such as pricing across the board at other positions, Jackson could very well stay under 50% with Patrick Mahomes and an underpriced Deshaun Watson. For that reason, give me all of the Jackson.

No other rushing QB in the NFL compares to Jackson at this moment, and the fact that the Titans will have to deal this for the first time is leading me to believe the number one offense in the NFL is going to have no troubles moving the ball on Saturday night. Tennessee is playing well, but as much as Patriots fans don’t want to admit, Brady is done. Looking back at week 16, the Titans defense lost a home game to the Saints 38-28, with Drew Brees throwing three touchdown passes. I think Tennessee scores some points and keeps it close, and the dynamics of Jackson will win it down the stretch.

Not for the faint of heart, but if you believe in the Titans, you can get serious value on Tannehill and his number one WR A.J. Brown. Look, there is little doubt that Tennessee will come out and hammer the ball with Derrick Henry as long as they can, but you can count on the Ravens stacking the box with eight guys as well. I do think this game stays close, and I also think Henry will be a part of that. However, the Titans and Tannehill only had to throw for 72 yards to win last week, and I don’t think that will work again if they want to win this week.

Tannehill will be under 10% owned, and he probably should be. But play-action is going to be a huge part of the game plan for Tennessee, and if Henry can get the run established early, the Titans will have a chance. Either way, if the Titans get down big by half-time and have to throw it the whole second half, Tanny will have to throw to get them back in the game. With all of the attention on Jackson or Mahomes, I may fire a GPP bullet with Tanny and Brown, that allows me to stack some Chiefs with some studs.

The number one seed 49ers defense had some tough tests the last few weeks of the regular season. While able to prevail in 3-of-4 of those games, Kyle Shanahan will need to shore some things up on that side of the ball, as the 49ers gave up 31.75 points-per-game in that stretch.

San Francisco will get a huge boost with the return of defensive end Dee Ford, as some of the other guys along that defensive line have struggled in his absence. Ford missed the last six games, and sack numbers across the line are way down. When Kirk Cousins drops back to pass he is going to have to get it rid of it quick, and not only do I think Dalvin Cook sees 20+ carries, there is a strong possibility the Vikings lean on him heavily in the passing game as well.

Cook ran the ball 28 times and caught three passes in last weeks 26-20 OT win against the Saints. Only Derrick Henry will get that kind of volume this week, and while both Henry and Cook have a tough match-up, I think we have to play one or the other here. Personally, I prefer Henry by a very slim margin, but with our projections giving the nod to Cook, he very well could end up the better play for $700 less.

After Cook and Henry, we have Aaron Jones, then the dropoff begins. Pricing is already pretty tough this week, but I feel like if Fantasy Draft could have put another $1,000 or so on Jones. Seattle isn’t the worst run defense on the slate, but as far as talent vs match-up goes, I have a hard time putting anybody else in the same category as Jones this weekend.

Jones is the clear-cut number one back in Green Bay, but Jamaal Williams still gets action, in a similar manner as Alexander Mattison spells Cook for Minnesota. He cracked the 1,000-yard rushing mark on just 236 carries, but the TD mark is what is most impressive. The former UTEP star found the end zone 19 times total, 16 on the ground and three through the air, and tied for NFL lead with Panthers RB Christian McCaffrey.

I compared Mattison to Williams and stat and usage wise that probably wasn’t fair. Not only will Williams spell Jones on a series or two, but HC Matt LaFleur loves his pass protection, and Williams also gets the 3rd down work. Williams probably won’t get more than 5-7 carries, but his receiving prowess and trust that he has from Aaron Rodgers to make plays makes him playable here.

Believe it or not, Williams was the 3rd leading receiver for the Packers behind Davante Adams and Aaron Jones. He has been a red-zone target at times and relied upon to gain 1st downs all season long, and I don’t see that changing on Sunday night. The 24-year-old rushed for 460 yards with a score on 107 carries this season, and added 39 catches for 253 yards and five TD’s. His five receiving TD’s tied him for the team lead with Adams.

Similar to the RB position, we have three guys at the top, then a bunch of question marks underneath. Out of the three, Tyreek Hill should be the most popular with his match-up against a Texans secondary that could be without Johnathan Joseph, but I think he takes a back seat in ownership here to Adams. As far as targets go, Adams wins the battle over Hill by a mile considering Mahomes has Travis Kelce to get the ball to as well. Therefore, Adams should garner slightly more attention from a DFS perspective.

I love the fact that Hill, Adams and Deandre Hopkins are all around the same price. Our DM projections give the advantage to Adams, and knowing the way the Packers offense operates week in and week out he is my top play at the position as well. I am actually fading all three here on Fantasy Draft to fit my core of LJax, Cook, and Jones, but if I was trying to decide between the guys at the top, I would pivot to Hill. Especially in GPP’s.

Just like Tannehill, not for the faint of heart here as virtually nobody is giving the Titans a chance against the mighty Ravens. But again, I think this game stays close. Brown had some huge games down the stretch, with four 100-yard games and 5 TD’s through the last six regular-season games, but he was a non-factor in last week’s upset win against the Patriots with just one catch for four yards.

Tennessee is going to have to take some shots down the field, and Brown is likely to be the main beneficiary. A Titans stack is going to be awfully low-owned, and it opens up a path to play a top WR or stacking up Cook, Henry, and Jones.

Yuck right? Yeah, I know. If you rostered Watkins once since his week one near 50 FP outburst, you probably lost. Since week three, he has only notched two games with double-digit FP’s and hasn’t scored a touchdown since that week one match-up with Jacksonville in which he found pay dirt three times. Watkins hasn’t caught more than four passes in any of the last six games, and I don’t think there could possibly be a better opportunity for him to get off the snide than right now.

Watkins is normally the 4th look in this Chiefs offense, but we know how much coaches tend to think about ways to be sneaky come playoff time. Houston will obviously have to pay extra attention to Ty Hill and Travis Kelce, and if Damien Williams doesn’t have a big game, I think we see a major contribution from Watkins. He is cheap enough where it ‘s worth a punt, considering I expect Kansas City to score the most points this weekend of all eight teams in action.

Kelce and George Kittle will both likely be a huge part of their team’s gameplans, but for the discount, stacking up Mark Andrews with Hollywood Brown and Jackson is where I am leaning. The tight end skipped week 17 along with a handful of other starters and is still listed as questionable.

He has battled knee and ankle injuries since week 14, but I highly doubt he will skip this game. Playing through the ailments in weeks 15 and 16, Andrews compiled a 10-143-3 stat line and is clearly Jackson’s first look in the red zone with 10 touchdowns on the season. Keep an eye on that inactive list though if we get it in time, as his backup Hayden Hurst becomes a near-lock if Andrews can’t go.

I am not an advocate at paying down at TE this week, but if I was going down here it’s basically a toss-up between Jonnu Smith and Kyle Rudolph for me. Both TE’s have difficult match-ups, and Smith here has just one catch for nine yards over his last two games, after three straight weeks with double-digit fantasy points.

It is fair to assume both Smith and Rudy are TD dependent, and in that sense, you have to give Rudolph the slight edge. However, the garbage time lover in me favors the Titans making a late run, and having to throw down the stretch more than Minnesota will have to. Regardless, you can maybe get away with punting a flex spot on one of these guys, but I would try to fit in Kelce, Kittle, or Andrews and skip the TE value if you can avoid it.

Good luck on your NFL DFS this weekend!!