The NBA Pick and Roll column will be an approach to the NBA slate that features one high priced option and one low priced option for each position focused on DraftKings salary! The research provided should be applicable to both sites overall, but be aware that the salary is very different.

We just released an AWESOME deal – for $10 a week, you can get SIX SPORTS worth of content in our All-Sports Package including NBA, NHL, PGA, Soccer (UCL/EPL), XFL and NASCAR. Our team is running hot and this is the perfect way to keep it going at one of the lowest price points in the industry! Oh yeah – and scroll down below for the details on our Early Bird MLB DFS package which is simply, a must-have! 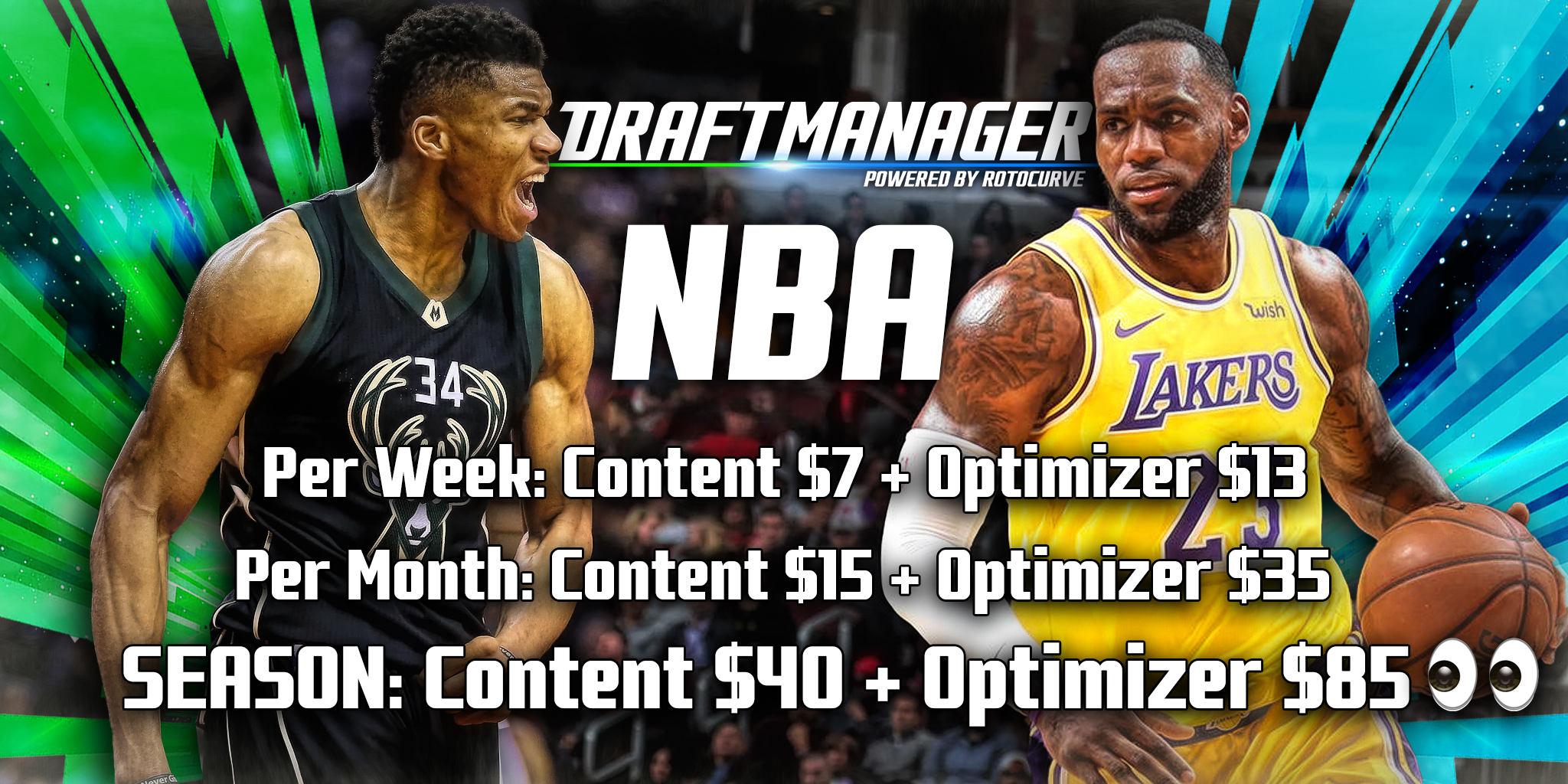 I’m not sure I’ve written up Lonzo many times this season, if at all but he’s been one of the more consistent Pelicans since Zion came back. The price tag still sits under $8,000 and he’s coming off a mediocre game in large part due to foul trouble. He still managed 35 minutes but that could have been higher had he not sat for a good chunk of the first half. Sacramento is just average against the point guard but over the past month, Ball has a 1.18 DKPM and that’s off just an 18% usage rate. His price doesn’t really match the potential on this slate.

He’s not well liked in the Slack chat but I’m not crazy about many cheap point guards tonight. Truthfully, I think Conley is just a floor play but sometimes there’s not anything wrong with that for cash. If he really shoots well he could surprise us but even at 4-12 like last game, he worked himself to a 33 DK point game. The Thunder aren’t exactly anything intimidating as far as the matchup goes and with both teams being in the thick of a seeding race for the playoffs, Conley’s minutes should be quite safe at a 0.95 DKPM in the last month.

The SG position isn’t exactly inspiring tonight so we’re dropping down the ladder a little bit and heading for Schroeder. Even with Shai Gilgeous-Alexander on track to play in this game, Schroeder still runs the second team every night and still has plenty of scoring upside in any given game. Utah has really not been great defensively since the start of February, sitting 22nd in defensive rating during that month plus span. Schroeder still maintains the highest usage of the entire team at 27.2% and the price is still right.

Bogdanovic has flashed some upside lately with 35 and 52 DK in two of his last four games and while the other two were uninspiring, the minutes were still there. He hasn’t dropped under 29 minutes and this game is a gigantic leap in pace for the Kings. They’re 22nd on the year while the Pelicans are top three so there’s going to be a lot more opportunities in those 30 minutes. I wouldn’t call Bogdanovic stable since he shares with De’Aaron Fox, Buddy Hield and others but this is a good game to get his upside at a much lower price than a player like Fox.

Most nights represent a pace up spot for the Nuggets since they are a bottom 10 pace team but I can really get on board with Barton tonight even though the Nuggets are basically healthy. Dallas will be on the second leg of a back to back and this game is big for both teams, as Denver is fighting for the three seed and Dallas fights to maintain their spot near the bottom of getting into the dance. The usage and DK points are spread out through the team but Dallas struggles with wings/forwards, being in the bottom five against small forwards.

I understand that the production is a bit inflated from a double OT game last time out, but the price for Reddish just doesn’t want to climb over $5,000. Until it does, I’m continuing to chase him and his scoring potential. On the season, his real points per game is 10.5 but over the past five games it’s jumped up to 18.6 and that makes all the difference for him. With the Knicks on a back to back situation here and Reddish fighting to be a the third scorer on the team, it’s a great spot to try and get his upside.

With all the changes in Detroit over the past couple of weeks, Wood has become basically the main man and that only becomes more true when Derrick Rose is off the floor. Over the past month, Wood sits at a 27.8% usage rate and a 1.23 DKPM mark and with Joel Embiid likely still out, Philly will have a tougher time guarding Wood. Even if Biid plays, I’m not convinced he’s full go right off the hop and the Sixers are going to be very careful with him. Wood could be in line for a nice double-double tonight regardless of who Philly has on the floor.

Maybe the day gives us some better options at this spot because right now it looks pretty weak.

Literally half of the Heat team is questionable and that should open the door for a ceiling game for Bam here. We just saw it against the Wizards and this is arguably a very similar spot, just at a slower pace. He leads the team in DKPM on the year, even higher than Jimmy Butler and if Butler is out (appears likely right now) then Bam has a 1.31 DKPM and 1.54 over the past month without Butler. Seeing as how the Hornets get smashed by the position and in the paint, Bam could be an absolute monster tonight.

I’m encouraged for Holmes even though he’s been under 20 minutes in both games since returning from injury. The factor that gives me hope he plays about 25 tonight is he played 19 minutes in each of the back to back set that the Kings had recently. If they feel good enough to play him that way on consecutive nights, it bodes well for tonight’s workload. Seeing how Holmes is a 1.02 DKPM player on the year and finds himself in the same huge pace up spot we’ve talked about, he seems like a nice bargain at $5,000.

We have announced our MLB DFS Early Season Pricing – you can get the ENTIRE regular season – over 6 months – of daily content, tools, projections and an industry-leading optimizer for just $200 for the whole dang year – hurry, deal ends April 1! 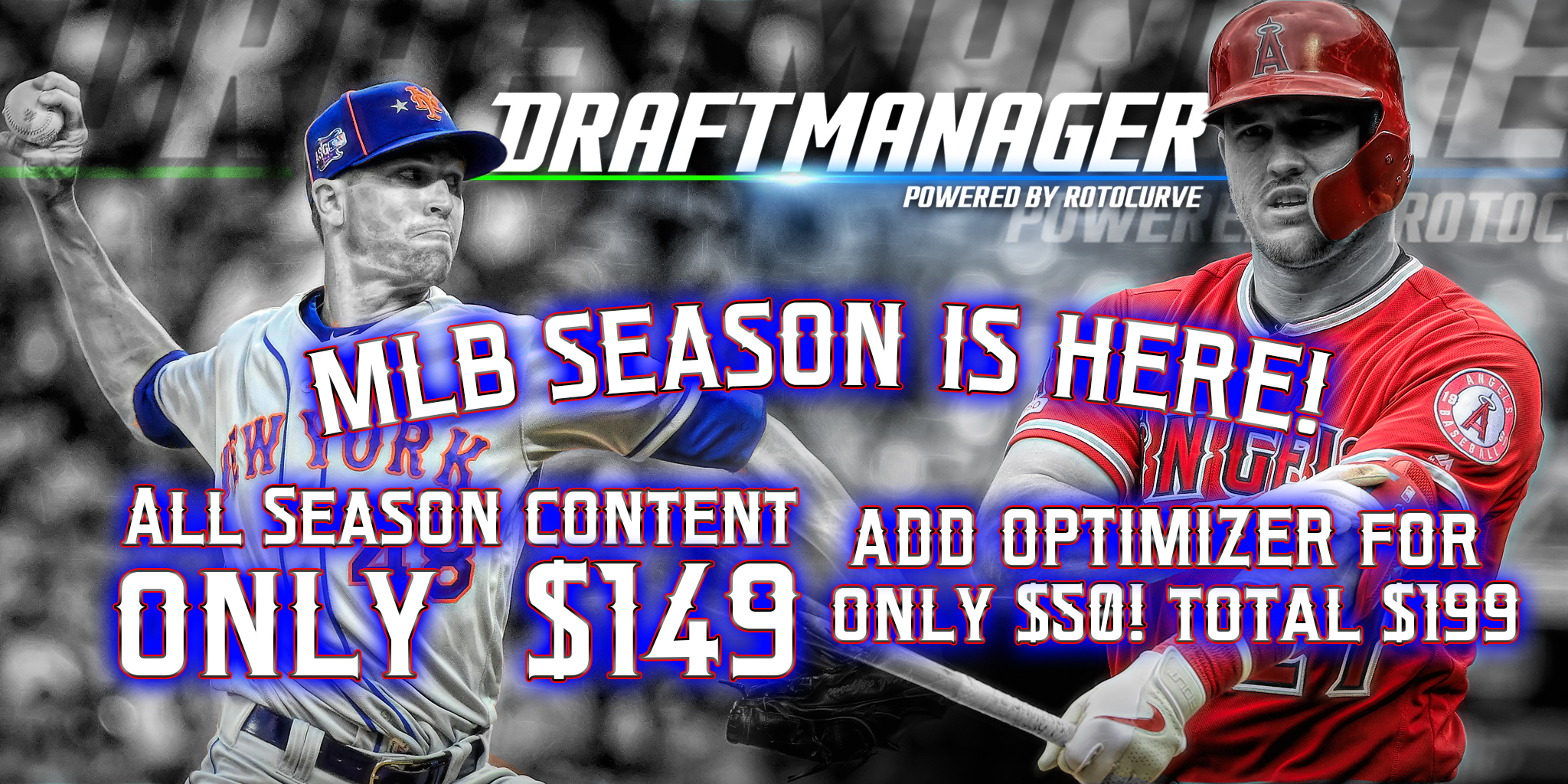 Thank you all for stopping by – head on over to DraftManager and sign up for our premium content, tools and slack chat!