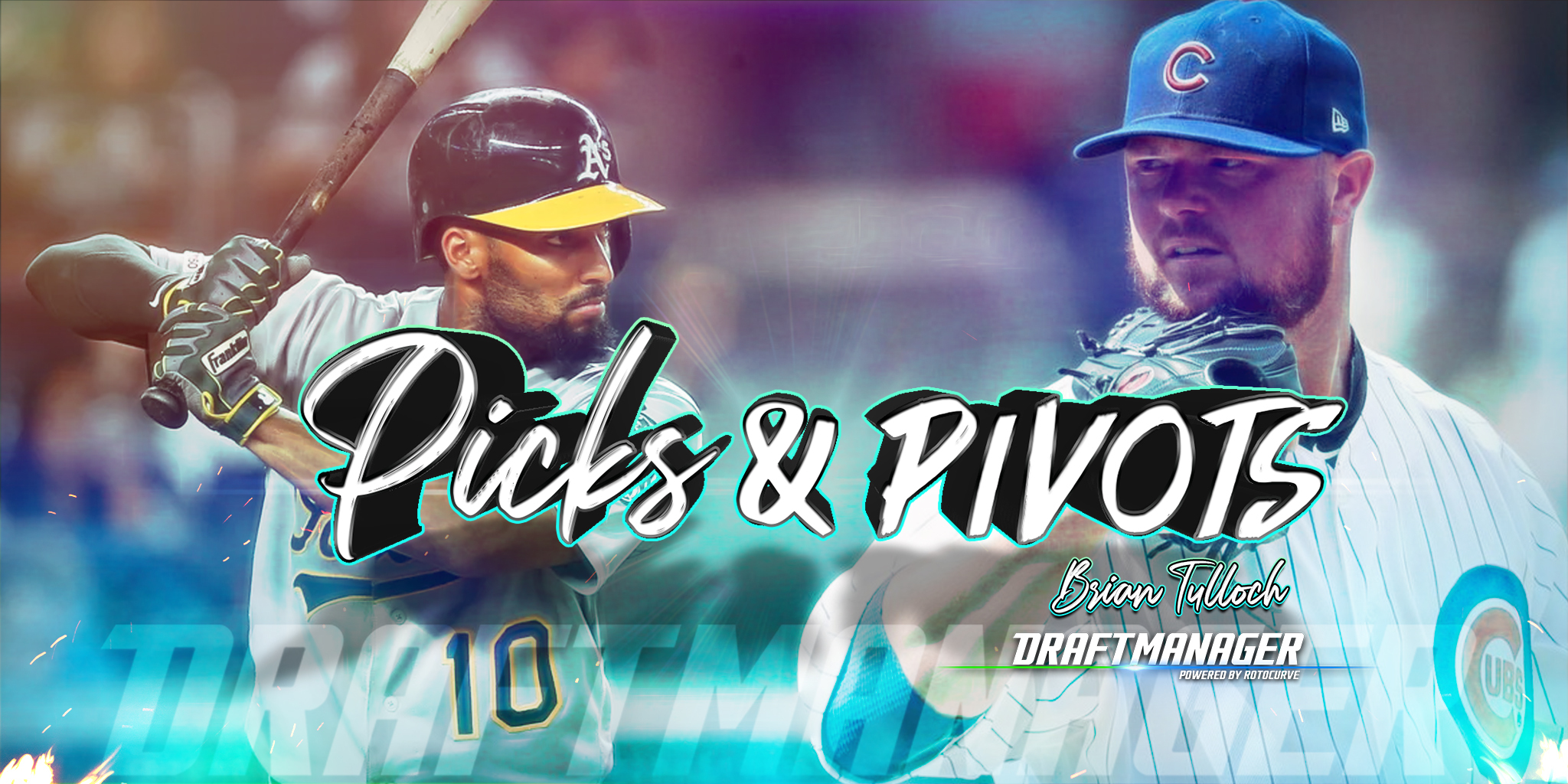 Welcome back to everyone with another FanDuel MLB DFS Picks and Pivots where we kill some quarantine downtime by diving into the MLB DFS simulations that FanDuel is offering each and every day.

Unlike some of the other simulations we have seen during this time, these FanDuel simulations for MLB have a bit more structure and FanDuel has broken it all down for us here but the basics are as follows:

1. Starting pitchers and batting orders have already been set with no pinch-hitting, so all hitters will get a full game of at-bats.

2. Each plate appearance is simulated by numberFire and accounts for things such as park factors, platoon splits of Home/Road or Righty/Lefty and individual skill and match-up.

3. A pitcher’s volume will be based on “dynamic pitch counts” which means you are likely taking on added unknown risk for arms that did not have defined starting roles in 2019.

What have we seen so far?

We have four slates now that have gone through this simulation and we have seen some consistent trends and some that I believe we may see changes over time.

First – winning scores have ranged from 220 up to 240 on these slates. Secondly, pitching is the key on a one-pitcher site like FanDuel and we saw that once again yesterday although the two Saturday slates got there in very different ways.

The early slate had two defined aces in Luis Castillo and James Paxton but it was Mike Fiers, Mike Leake, Jordan Zimmermann and Wade LeBlanc that all went for 40+ fantasy points – once again reminding us that this is a simulation! The Main Slate saw David Price lead the way with a throwback 10K, 67 fantasy point performance while Patrick Corbin and Tyler Glasnow both racked up 8+ K’s.

In the first three slates, we have seen the winning lineups essentially go with a lineup full of one-offs which is certainly a swerve off the highly correlated stack approach we typically see in MLB DFS GPP play. The late slate yesterday may be the turning point though to prove the first three slates were outliers, as the winning build went with a 3-3-2 build, with three hitters from the Angels and Marlines with two batters from the Astros.

Finding even one starting pitcher you feel good about on this slate is going to be a challenge and in many ways, I think building backward may end up being your best bet – locking in the bats you want and then figuring out which arms fit based on your price point.

Zac Gallen ($8.7K) is the most expensive arm on the slate pitching in Wrigley against the Cubs and while his 2018 metrics were strong (28% K rate and 13% swinging-strike rate), this is also a young arm that went past 6 innings just once after being traded to Arizona at the deadline.

Carlos Martinez ($8.5K) gets a great match-up against Baltimore, but I wonder how NumberFire will account for the fact that C-Mart was a reliever last year and what that does to his “dynamic pitch count.” This may be a spot we wait and see and use examples like this to help us as we move forward to try and predict what NumberFire will do.

One of the arms that may end up “working” in this format is a guy like Anthony DeScalfani ($7.2K) who has the stuff to perform well in this simulated environment as he sported a 24% K rate last season with a career-high 10% swinging-strike rate. DeSclafani went for 100+ pitches in 2 of his final 6 games last season and pitched twice at Pittsburgh (today’s opponent/venue) and put up 31 and 21 fantasy points in those outings.

Considering we get 5 free lineups, I would NOT go all-in on any arm on this slate and instead find a price point that you can pivot off of so you do not have to overhaul your entire lineup. If you have a build that works with DeSclafani then you can move around this price point and simply mix and match with guys like Jose Quintana, Steven Matz and Zach Plesac.

Steven Matz ($7.4K) is intriguing with Anthony Rendon now out of the Nationals line-up but Matz has always been someone you use at home and avoid on the road and so with this game being in Washington, will NumberFire overweight the splits as they mention? Plesac is a low K option but against a poor Detroit lineup, and one he dropped 34 fantasy points on last season, the chance is there for a solid start but understand you are hoping for run prevention and a win. Quintana is a high ground ball arm and one that has managed to pitch well at Wrigley Field by sporting a near 50% GB rate with just 31% HC rates so if he can manage to keep that trend up, he has the ability to pitch deep into games and get you a decent outing.

Basically – build your lineup with hitters first and then mix and match with arms that you hope to get you there without hurting you.

From a hitter’s perspective, FanDuel does not yet have the lineups for today released (not sure why) so we may have to hold off on locking and loading but there are some clear spots I want to attack today and that starts with the Houston Astros against LHP Patrick Sandoval. Sandoval gave up a 46% hard contact rate last season with a 1.7 HR/9 rate while walking over 11% of batters so he is going to have base runners and then gives up hard-hit balls once batters are on which is the perfect stacking recipe. The Astros give you a high upside four man right-handed core of Jose Altuve, Carlos Correa, Alex Bregman and George Springer on a slate where paying for bats is easy considering the lack of high priced arms.

I got to write up Jon Lester yesterday and today I get to stack the New York Mets – its simulated baseball and I will do what I want dammit!

The Mets will face off with Anibal Sanchez, a pitcher who has struggled at home last season and specifically at home against left-handed batters – which sets up nicely for left-handed heavy Mets line-up. Sanchez last season gave up 1.3 HR/9 to LHB at home last season and if BvP matters, guys like Michael Conforto and Robinson Cano already have homered off Sanchez. The nice part about the Mets is that they remain cheap with guys like Brandon Nimmo ($2.5K) leading off for a dirt-cheap price and Jeff McNeil ($3.2K) sitting right behind them. Any Mets left-handed stack can then work around the Polar Bear, Pete Alonso, who gives you added pop and massive upside after his historical rookie season.

Keep an eye on the lineups as we get them – but use this as a day where you keep attacking the stacks and mix and match your arms.

Have fun today guys – thanks for reading and stay safe!