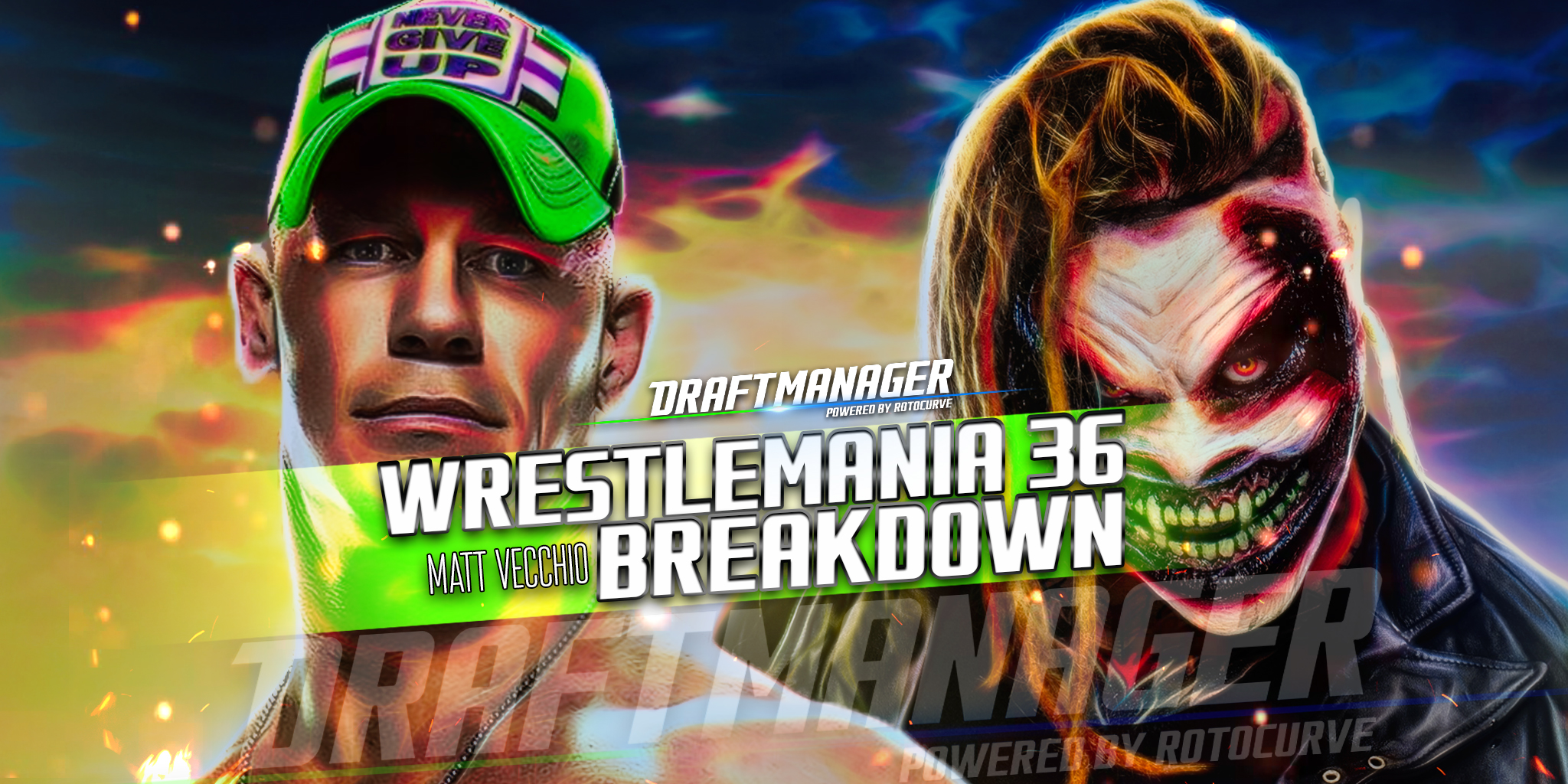 Welcome to the FanDuel Super Kick: WWE WrestleMania 36 breakdown! In this article, I will give you my thoughts on the special 2-night event and my favorite plays.

WrestleMania is known in the industry as “The Grand Daddy of them All”, but this year it is very much a different situation because of the global pandemic known as COVID-19. With everyone having to take precautions to keep this virus from spreading WrestleMania was pre-taped last week in front of the empty seats at the WWE Performance Center in Orlando, Florida.

For this year’s event, WWE has changed the typical format of a one night show to a special two-night event starting this Saturday, April 4th. In the FanDuel contest, it lists all the performers for Saturday, but with the matches being split over the 2 days some will be Saturday and the rest will be on Sunday. WWE hasn’t announced a schedule of this writing we are unaware of which matches are on which night. FanDuel is not awarding points for wins in this contest so if spoilers do come out, they will not have too much of an effect on your picks for this contest.

McIntyre is the 2020 Royal Rumble winner which earned him the right to have the title match of his choice at WrestleMania this year, and he will face Brock Lesnar ($19) for the WWE Championship. With the way WWE typically does Lesnar matches, it will take McIntyre, who I believe wins the match and the title, three or four Claymore kicks (his signature move) to defeat Lesnar which is what makes him my favorite Star pick. I think people will flock to the bigger names in the “gimmick” matches which will give you the foreign object points that McIntyre won’t, but with the signature move being worth 4.5 points McIntyre could end up as the highest scoring Superstar on the weekend.

Wyatt will be taking John Cena ($20) in a “Firefly Funhouse” match, which will most likely just be a gimmicked up extreme rules match. This match will feature plenty of foreign object points and could see someone go through a table. I believe Wyatt wins, and we will most likely use 1-2 signature moves to get the win. I also like using Cena in this match as well as a match stack option.

There are two other gimmick matches, the first of which is a “Boneyard Match” between A.J. Styles ($21) and The Undertaker ($15). This match sounds like it is a Buried Alive match, but with the current state of the world, WWE made the right choice in not calling it that. There will be no pinfalls or submissions in this match, but there should be plenty of foreign objects used, and we could see a few finishers from both Superstars. I prefer to go with Taker in this match for salary relief and because I believe he gets in a signature move or two, and Styles signature moves don’t seem like they translate to this type of match.

For the second gimmick match, we get the returning Edge ($18) in a Last Man Standing match against Randy Orton ($22). Both of these Superstars are priced up but they could both rack up big points. We should easily see a minimum of one signature from each competitor, but I think we see more than 1 spear from Edge, and possibly 2 RKO’s from Orton (if he wins). On top of the possible signature moves, there is a very high probability that we get a table break in this match among the many foreign objects that will be used. If you have the salary I don’t mind using Orton, but if you can’t get up to “The Viper”, Edge is a perfectly good play as well.

The SmackDown Women’s title is on the line in a 5-way elimination match, but even though there are 5 women in this match only 2 are really worth rostering. Both Bayley ($15) and Sasha Banks ($16) should have at least one elimination each, but one or both could end up with two. Both could use multiple signature moves to get the pinfalls, or submissions in Banks’ case. Bayley uses a flying elbow off the top turnbuckle and Banks also has a tendency to use the top rope for moves as well. I originally was on Banks for this match, but as I’m writing this I think I am starting to lean towards Bayley. With their prices being as inexpensive as they are, I like the idea of stacking them both together as a contrarian play.

WWE typically has Superstars with submission signature moves apply them multiple times, especially in big title matches, to earn the victory.  Because of this I really like both Shayna Baszler ($12) and Becky Lynch ($18) from the Raw Women’s title match. With both having submission finishers, and this seeming like it could be a back and forth match both Lynch and Baszler could end up using their signature moves 2 times or more each.

Another Superstar who I think will potentially use a submission signature is Daniel Bryan ($17). Bryan does occasionally use the running knee as a finisher but does still use his crossface/LeBell lock as well. My one concern is that there was some speculation going around that Bryan might not wrestle at Mania because of concerns with the COVID-19 virus. We should find out more on Friday Night SmackDown if Bryan is out of his match.

Lastly, here are a couple of matches that I am fading:

Thanks for checking out my WrestleMania 36 breakdown! I hope you all enjoy the event this weekend if you plan on watching it!