Each week I will be breaking down the DraftKings Showdown Slates on Monday, Thursday and Sunday night football. 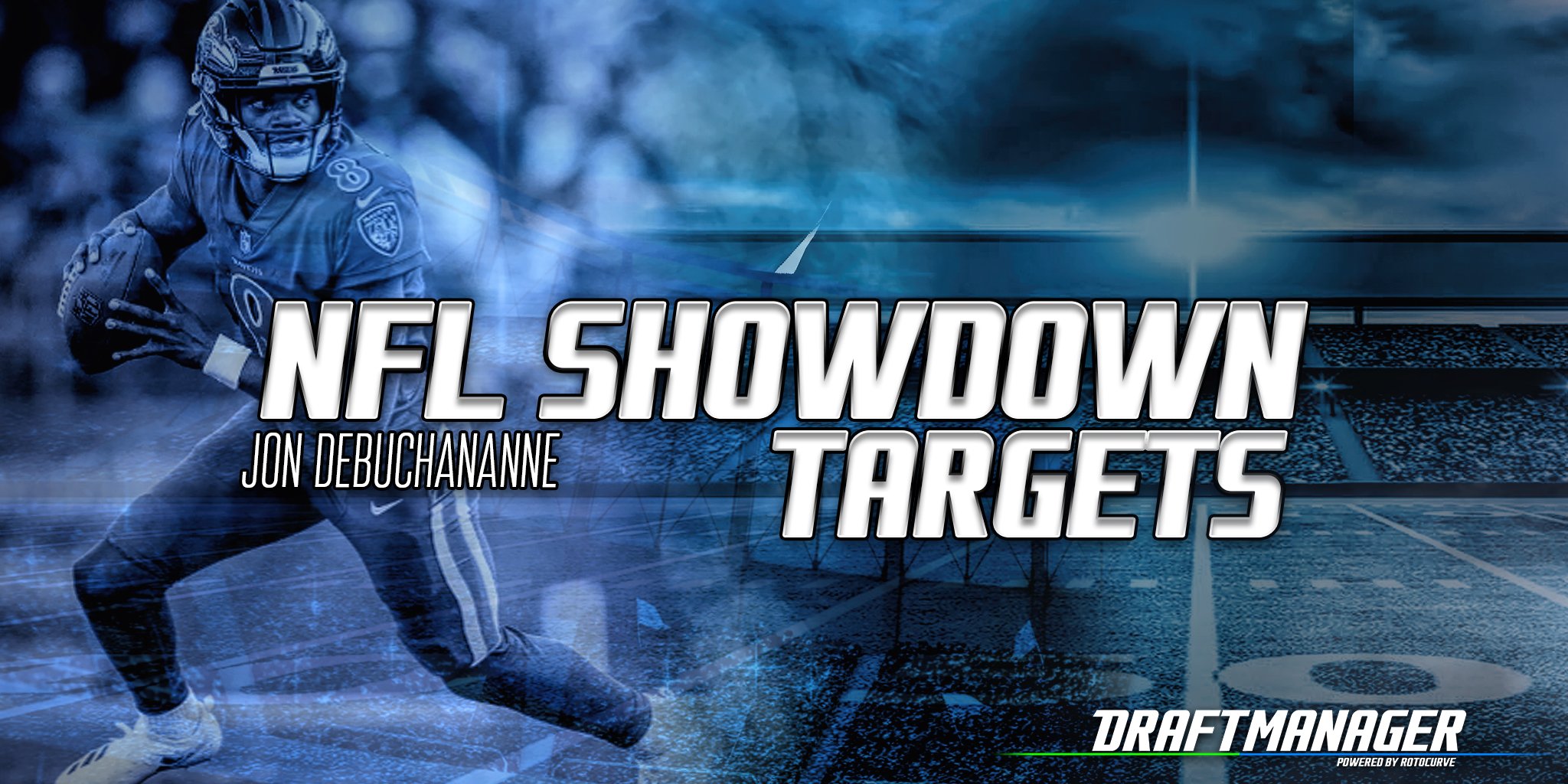 The DraftKings showdown slate is one of the more unique game styles that you can pick from on DraftKings.

When playing a showdown lineup you will notice that it is far different from a standard DraftKings contest. Instead of selecting a full roster of position players you have a Captain slot paired with five flex positions.

The player you select as your Captain will score 1.5x the standard fantasy point value for each statistic but drafting a player as the Captain will cost you more salary than using them in your flex position. The DraftKings Showdown slate will consist of the same scoring as all other contests not counting the Captain bonus.

Some numbers to keep in mind when building lineups for your showdown slates. Last season the winning lineup had a running back or wide receiver in the Captain slot 71% of the time on the largest prize pool showdown contests.

Adams has seen double digits targets in eight of his last nine games. He has averaged 18.7 points per game over those nine games with one of those games being a blow out in which he wasn’t needed in the second half after securing four of six targets. He is the not only the best play on this Showdown slate but of probably this weekend at wide receiver.

Games in which Aaron Jones receives more than 13 carries, Jones averages 30.34 fantasy points. In the 11 games that he got fewer than 13 carries he averaged 15.19 fantasy points. While Jamaal Williams is back, maybe the coaching staff has taken a notice to how efficient this offense has been with Jones as its bell-cow.

If I am playing a Seahawks receiver this week it will be D.K. Metcalf, who is second on the team in targets (100), receptions (58), yards (900) and touchdowns (7). The last two weeks Metcalf has been the focal point of this passing offense having seen 21 targets and two touchdowns during that span. He leads the league in red-zone targets (19) and is a far better option than Locket who is priced just below him on this slate.

Other Captain options to differentiate your lineups and give you a chance at the 250k top prize.

Thankfully the coaching staff has moved on from the Allison and MVS trial as Allen Lazard is the clear number two option in this passing attack. He has seen eight or more targets in two straight games and is an absolute beast in the red-zone, I will have some shares of the rookie out of Iowa State as a low owned sleeper.

The way to beat this Packers defense is on the ground, limiting my exposure of Wilson in at Captain. You should be pairing at least one of (Metcalf, Lockett, Hollister, Moore) in your Wilson flex builds, also I will not be restricting Homer from any Wilson lineups as he too is heavily involved in the passing game. With the Seahawks likely trailing, Wilson will be on the field for what could be valuable fantasy garbage time.

I am likely fading both quarterbacks at Captain on this slate as I don’t feel as though both have enough upside to wind up on the winning lineup at their price. I am jamming in Adams with almost all builds of Rodgers in at flex as I simply see his volume as too great to fade. Be sure to pair Rodgers with all lineups that have a pass catcher in at Captain.

While I prefer Metcalf to Lockett, I still will have shares of the speedster out of Kansas State. The one positive with the Seahawks passing attack is that we know where the volume is heading, Metcalf, Lockett, Hollister in that order. Lockett is too great of an athlete to ever fade in Showdown, but I do prefer Metcalf to him tomorrow night.

With Josh Gordon out of the league yet again, Wilson only has three reliable targets to catch passes. Unfortunately for Hollister, the Packers are average against opposing tight ends, allowing only 7.4 points per game. Hollister has seen six or more targets in 7-of-12 games since becoming the starter. With that type of volume, he is someone that you should have ownership of even though I prefer the wide receivers in this matchup.

There are only two circumstances that I play Jimmy Graham in DraftKings, he plays the Arizona Cardinals or the Seattle Seahawks. Well, nothing like a Showdown slate with one of the most washed players in the NFL. The matchup is too good to pass up. The Seahawks allow the second most production to the position and it’s unlikely that Pete Carrol schemes against an over the hill tight end now.

With all three healthy, Give me the lowest priced one for $500 Alex.

Seattle can’t cover a tight end so which one of these cheap guys scores when everyone is on Graham?

The Packers are the 6th best red-zone offense in the league scoring a touchdown on 64% of drives. I prefer Myers to Crosby but both are viable.

The Seahawks score touchdowns on 63% of drives that reach the red-zone, which is 9th best in the NFL.