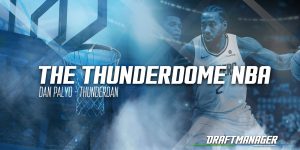 Welcome to another edition of the Draftkings NBA Thunderdome! Tonight we finally get a nice medium-sized slate with six games on the NBA docket. I really like this slate quite a bit and I’m going to do my best to give you the best analysis of the slate for both GPP and cash game purposes.

The Thunderdome is going to my all-inclusive analysis of the NBA slate that will be geared towards Draftkings pricing and roster construction. Using the tools provided by RotoCurve, the analysts here at Draftmanager are going to be able to provide you with high-quality articles with actionable information that are concise and straight to the point.

Holmes is a really safe, reliable mid-tier option today that carries significant upside, too. He’s got a great matchup against the Bulls, a team I love targeting with big men and is seeing his minutes continue to trend up as he played 37 in the Kings’ last game against Denver. Holmes should feast on the Bulls interior and if he gets that kind of run tonight I think we see him flirt with 45-50 DK points in a game that should be close until the end.

So pretty much ALL the Warriors are in play tonight with Draymond Green out and Golden State in an amazing spot here against the Hawks, who just gave up 150 points to the Rockets in their last game. I am going with Bowman as my main core piece tonight for a few reasons. For one, he should move into the starting lineup and draw the notoriously bad defense of Trae Young. Being guarded by Trae is huge for his offensive potential and getting to guard Trae on defense he will have the potential for multiple steals as Young continues to turn the ball over like crazy this season. Bowman is an elite play at this price in all formats and I’ll take the 900 dollar discount off Alec Burks (6k), who I also like for what it’s worth.

LaVine is on a heater right now and has been making me some money lately. He may not pop in projections today compared to some of the value plays and studs, but I am going back to him again on this slate and I’m really surprised he continues to be under 8k. Golden State-Atlanta tops our “games to target” list here at DraftManager, but the second-best rating is the Kings-Bulls game. The Kings aren’t playing very fast this year, but they are also pretty weak defending guards and LaVine is putting up some massive shot volume in his hot stretch. If he’s going to take 24+ shots in this game, I like his chances for another 50 DK point game.

There is a TON of value plays on this slate, but Ennis is the one sub-4k guy that I think we can trust the most. With Richardson out of the lineup for Philly again tonight, Ennis should continue to see extended run as the Sixers’ sixth man. He’s logged 22 and 27 minutes in each of the last two games and is a reliable source of threes and steals. Some of the value will bust tonight, but I am betting on Ennis to come through with a solid 6-7x on this price at a minimum.

So you’ll notice I left the three big studs on the slate out of my core today, and that’s for a specific reason. I think that all three are viable plays tonight, especially with how much value we have on the slate. It feels like a “stars and scrubs” roster construction will be popular with players trying to jam at least two of the big three into lineups tonight. I’m all about doing that, too, but remember that will likely leave a more balanced lineup build under-owned in tournaments and we can get players in the 6-8k price range at lower ownerships than they should be. Here are my rankings for the top three studs tonight.

Trae is a priority for me as he’s facing the Warriors and their non-existant defense. The Hawks are playing at a breakneck pace and Trae is just posting massive numbers in usage, shot attempts, three-point attempts, and free throw attempts. His minutes are secure and he is becoming totally game-script independent, meaning the Hawks are committed to playing him whether they are up 20 or down 40 (they literally put him back into the game in the fourth quarter down 40 points to the Rockets this weekend).

Embiid is on a nice little roll of his own, going for 59, 57, and 58 DK points in his last three games. Some might scare off this matchup against Rudy Gobert and the Jazz, but even Gobert is no match for Joel’s skillset. Embiid is a mismatch for Rudy, who can’t guard him away from the basket and I think Embiid will look to exploit that and take him off the dribble. Guarding Gobert on defense brings Joel closer to the hoop, too, giving him some huge rebounding upside. In four career matchups with Gobert, Embiid is averaging 22-12-3 with 3 blocks in 28 minutes, which is just further proof that you need not avoid targeting Joel just because he’s facing Utah.

There aren’t going to be many nights when Giannis is my least favorite stud, but tonight the Bucks are huge favorites against the Knicks, who will be without Marcus Morris, one of their leading scorers. My biggest concern is not just the blowout, but also the way the Bucks have been playing a deeper rotation the last week or so. Khris Middleton has returned to the rotation and while he is not yet playing full minutes, he is taking shots from Bledsoe and others. If the Bucks get up big, I see no reason why they’d push Giannis tonight when they play three more games this week. They have very capable role players who can put the Knicks away without Giannis having to go full beast-mode. I am going to MME tonight a bit so I won’t full fade him, but I will underweight on him vs. the field. 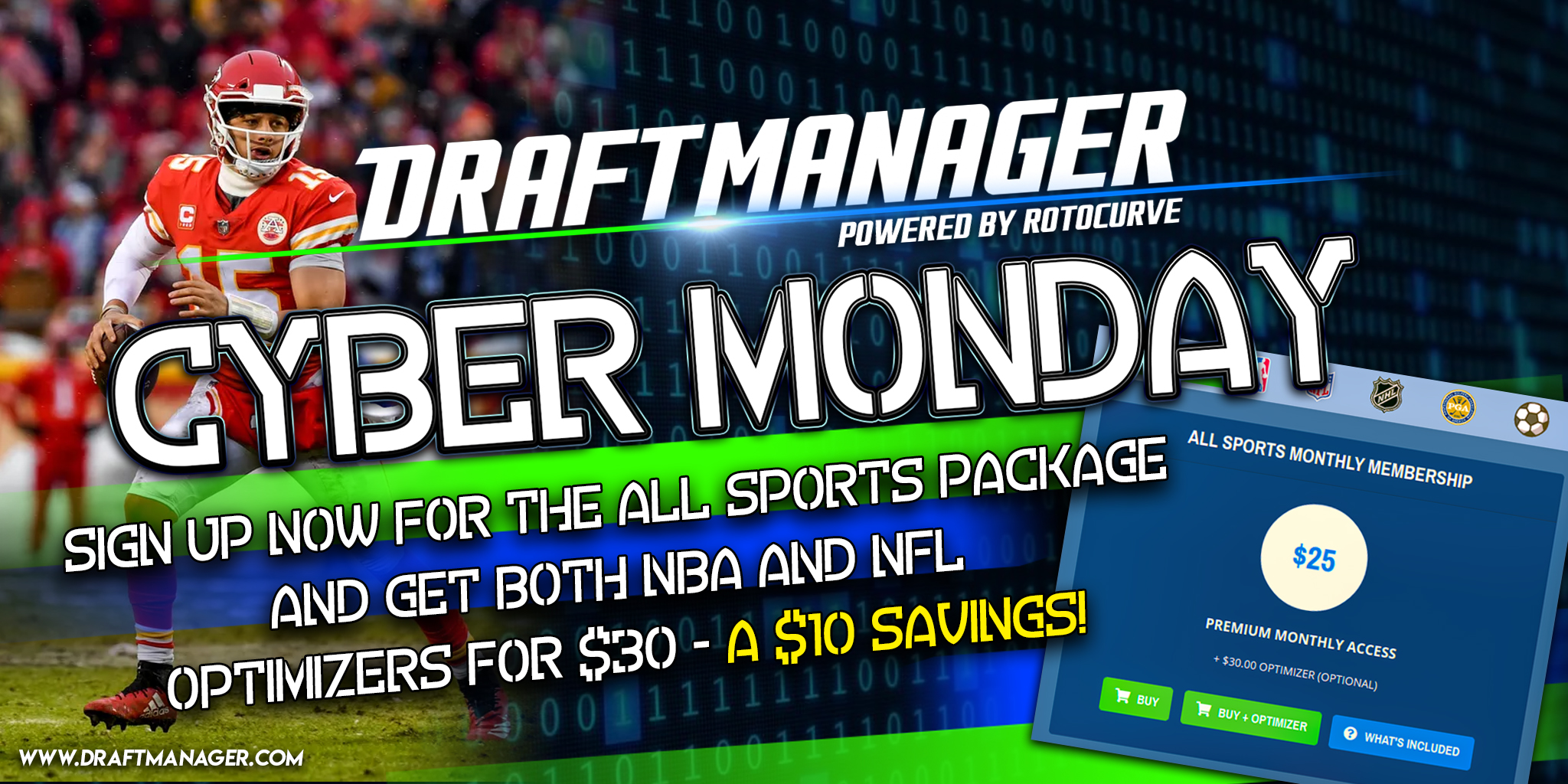 Games Stacks to Target (in the order I like them)

Thanks for reading and best of luck in tonight’s contests! Jump in our premium slack channel and talk with me and our other DFS experts before lock tonight! If you aren’t a member here at Draftmanager, what are you waiting for? We have the content and tools you need to build winning lineups!